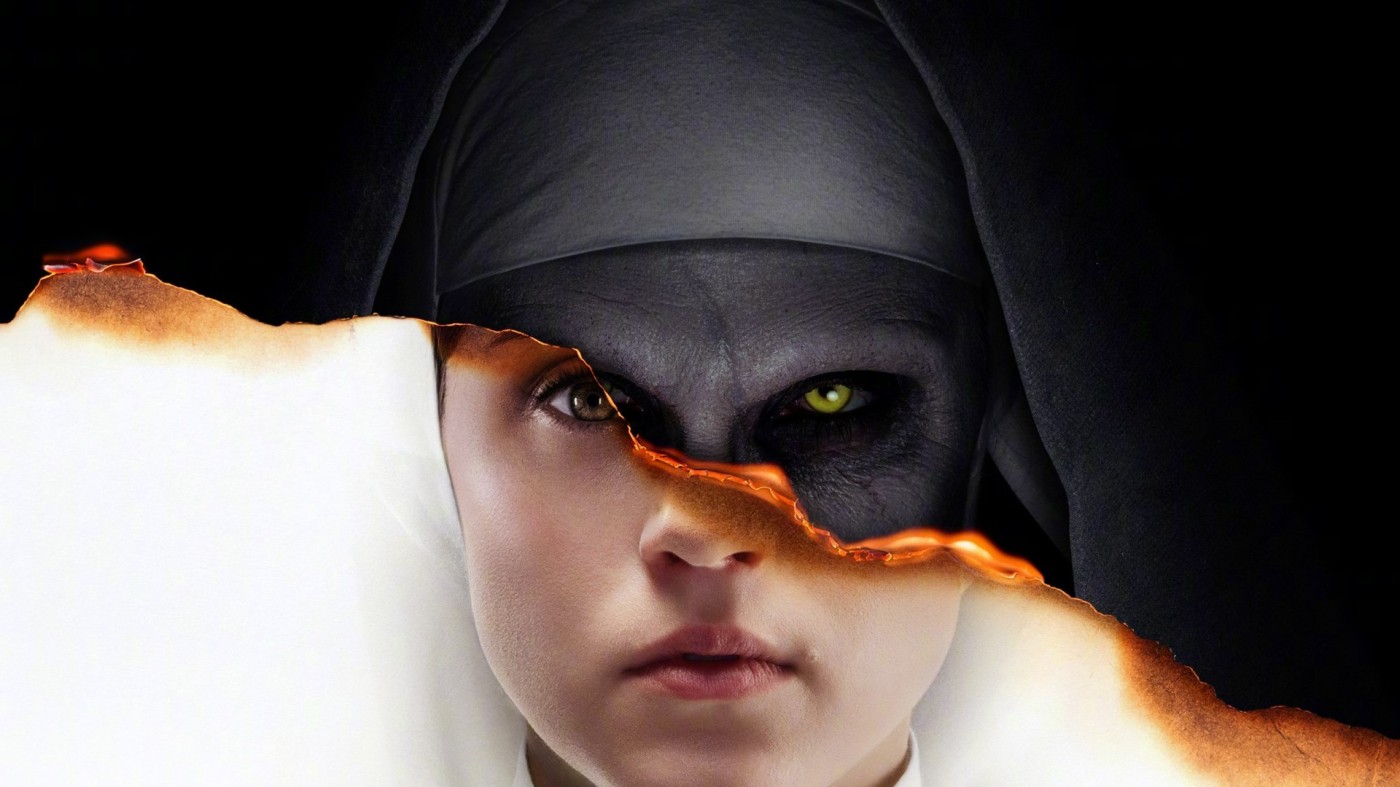 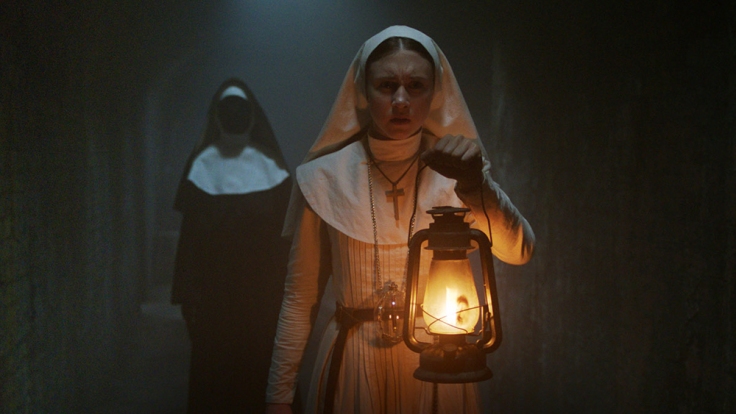 The Conjuring franchise has become one of the most revered horror franchise of recent times (well apart from the disappointing Annabelle). One of the biggest highlights from the last mainstream entry, The Conjuring 2, was the demonic presence of Valek, a nun, but not so holy. So it was inevitable there would be an origin story, but would it deliver, or be awfully underwhelming like the previous origin attempt with Annabelle?

Set in post WW2 Europe, Romania to be exact. An isolated monastery out in the forest, is being terrorized by an unknown satanic force. As a local discovers the corpse of one of the Nuns, news filters back to Rome, who dispatch one of their own to further investigate matters, Father Burke (Bichir). Together with Nun-to be, Sister Irene (Farmiga) set off east, to confront the demon (Aarons).

One of the biggest difference with this film, compared to the main series, is the director. James Wan who has created some fantastic horror, is not at the helm here, but rather Corin Hardy. What makes the Conjuring movies so chilling, is rather what you don’t see, than what you do. Building up the suspense is ways other than simply using jump scares for cheap thrills. Such as the use of a simple eerie painting in Conjuring 2. The Nun actually starts of rather well, the locations are perfect for a good scare, forests, check, graveyards, check, a church, check! It all builds up fairly well, one scene featuring the corpse of the nun from the start of the film is done very strongly. But as soon as the demon Valek is revealed (which is far too early in the film) it unfortunately falls back to the traps that catch out many horror flicks, jump scares.  Once the veil of mystery is lifted, it almost becomes laughably comedic at times.

Speaking of comedy, we are introduced to ‘Frenchie’, the local guide who originally stumbled across the body. He is in essence the best part of the film, but also the worst! His sassy humour is indeed quite funny, but it feels awfully out of place. Sure a laugh is useful to break the tension at certain moments, but having it go on through the film felt a rather odd choice. As great as his lines may be, it really does take away a lot of the sinister aura from scenes.

The plot is also very lazy, with one scene in particular summarizing the entire background to the events in a few minute or so. Thanks random side character! Sister Irene is the person we follow, as she attempts to dig deeper into the mystery. The reason she is on this journey is her prior knowledge of the area, even though she admits to never being in Romania. This is never addressed again! Nor are her demonic nightmares she constantly has, as she hasn’t been exposed to out demon previously, nor is she ‘cursed’ as someone of special interest. Valek’s plan also never really makes sense, if the demon is already free, why is it still here? The film doesn’t really make it clear what its agenda is. The film sets up an intriguing ending, to how it may link to the ‘current’ events in the Conjuring universe, but the film stumbles, and goes another way, which isn’t necessarily a bad thing, but its far less dramatic than what they could have gone with.

Overall, The Nun isn’t a total dud, there are scenes which are genuinely scary,  and Valek is as ghastly as it was in the prior movie (before is goes full cheese by the finale), there have been far worse horror films out this year, but considering the other films in this franchise, The Nun really fails to deliver, and is no where near as unnerving as the film it follows, Annabelle Creation.