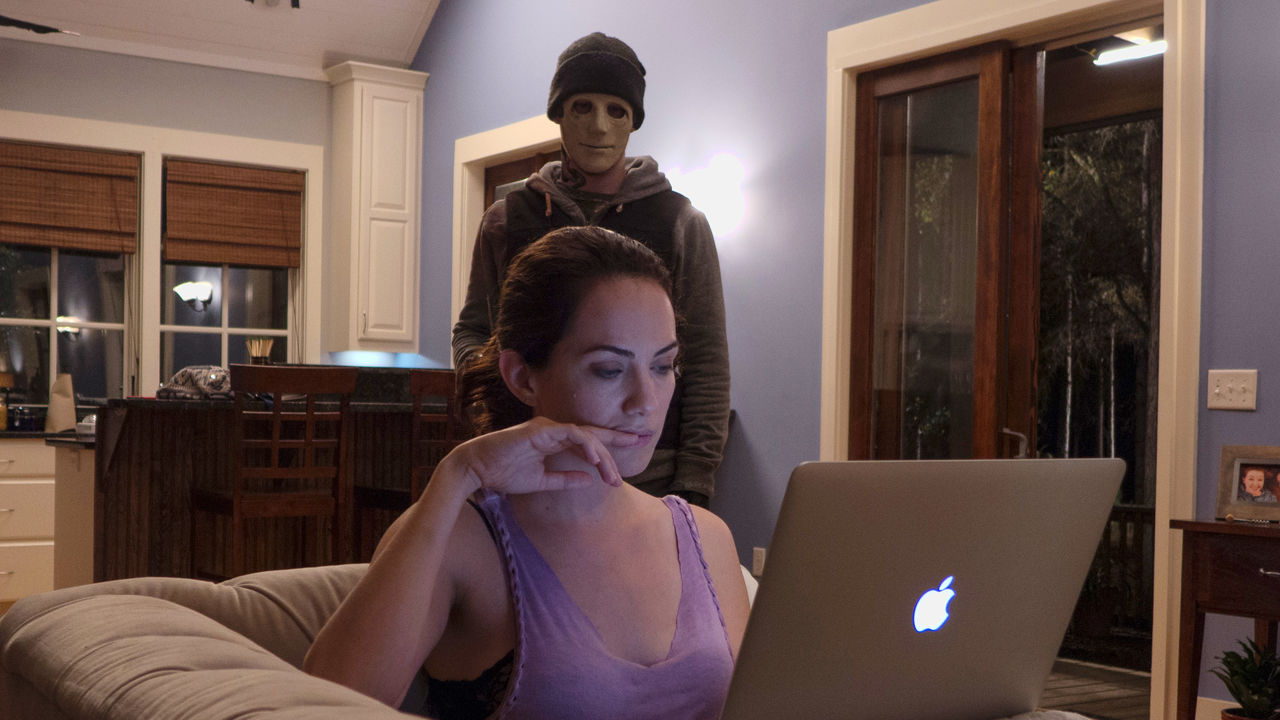 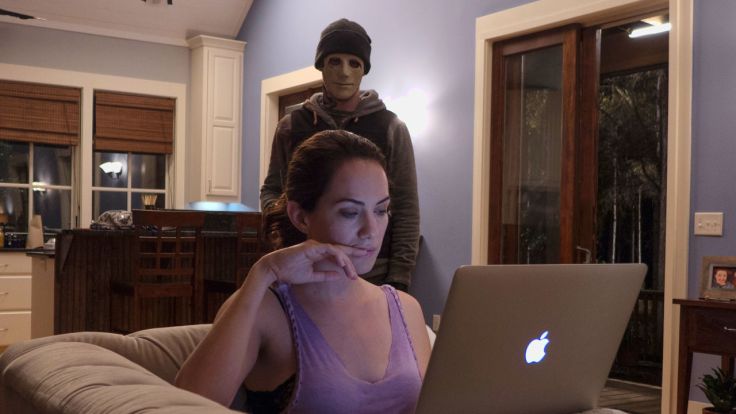 Blumhouse have an excellent track record when it comes to producing low budget horror, if anything, a lower budget gives a horror a far more visceral feel.  Hush, on Netflix is another such example. With a relatively speaking, tiny budget of $1m, they have still managed to produce a compact, tense, vulnerable home invasion slasher.

The spin here is that our protagonist, Maddie, is a deaf author, living out in the woods, away from the hustle of the city. One night, she unfortunately lands in the path of a serial killer. Once our killer figures out that she is hard of hearing, he decides he will have a bit of sinister fun, and drag out the events, rather than simply committing the ordeal. Isolated in the wood, on her own, as a deranged murderer is stalking her outside,  and to top it all off, without the sense of hearing, it’s down to Maddie to find a route of escape from this nightmare.

The home invasion genre does produce plenty of engrossing films, The Purge, Don’t Breathe & Panic Room are all great examples, though you also have busts like the awful Breaking In, from earlier this year. Hush lands on the good side of that mark, using the lack of hearing gives the film a different edge from your usual break in thrillers. This allows the movie to set up some truly suspenseful moments, as our killer taunts Maddie.

At a run time of just 80 minutes, things are kept very concise, we never really know who or why our stalker is picking off his targets. But sometimes, it’s better to keep things simple, it’s just a crazed guy, picking of victims who just happen to be in the wrong place at the wrong time. No need to add in a backstory if it’ll just add unnecessary layers.

The film does have two distinct flavors. The first half of the film, is an eerie horror, as our silent stalker tracks down our deaf target. Which sets up some great set pieces for the audience. Once the two eventually confront each other, it switches up to a thriller, as the two attempt to gain the upper hand in this deadly duel. I would have preferred if the tense horror vibes of the first half were stretched out a bit longer, the film would have been far more captivating. But that being said, the action capers once they start attempting to take each other out, is also done rather well.

There really isn’t too much to say in terms of true negatives, the short run time doesn’t really leave much time to fill out the plot, and we don’t get too much regarding why it’s happening. Why was she chosen? Was it just bad luck, is he picking certain targets? And the action at the finale does get a little too dramatic, but with a low budget movie, you adjust the expectations accordingly. If you browsing Netflix and just want a quick film to watch, Hush is definitely worth a view!