After almost 20 years, we have the next chapter on the Bad Boys saga………is it just a cheap cash in, or do Smith & Lawrence still have that magic? Here’s our review!

Comedy is always subjective to the individual watching, so you can never really have a movie that is almost universally hilarious to everyone. For me though, The Other Guys, featuring Will Ferrell and Mark Wahlberg has to be one of the wittiest comedies around!

Right off the bat, the film starts off at 100%, with the high octane pursuits & action of Officers Highland & Danson, the wonderfully arrogant duo played by Samuel L Jack & Dwayne Johnson. They are the pride & joy of the department, solving crimes, winning accolades, getting all the money & women! But after their confidence gets the best of them (“Aim for the bushes”), the force is left with vast gap in their task-force. The perfect chance for some other guys to fill in that Alpha position. The other guys in this case, being disgraced cop Hoitz (Mark Wahlberg), who craves to get back into the big time after being demoted following a mishap, and his desk happy accountant partner, Gamble (Will Ferrell). 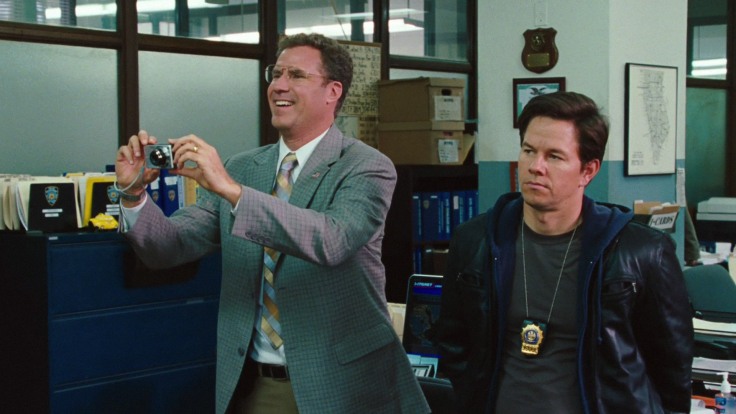 What make the film so amusing is the interactions between our two heroes. Most successful buddy cop movies require the partners to clash, be polar opposites, and it’s done perfectly here. Mark Wahlberg absolutely nails it as the constantly angry and frustrated cop, who would rather be out in the field, than stuck behind a computer. Gamble on the other hand, is more than happy to do paperwork and excel sheets, and as you can imagine, this does not go well his agitated colleague!

Some of the exchanges they have are comic genius! The ‘Lion v Tuna’ (“If I was a Lion, and you were a tuna, I would go outside my food chain to eat you!”) argument that they have will you in stitches, and of course, it ends with hot coffee being thrown, as Gamble systematically dismantles a frankly ridiculous argument of how a tuna would beat a lion in a fight! The general disdain Hoitz has for Gamble is plain to see, such as when he nonchalantly throws a gift out the car window, or his random insults like “The sound off your piss hitting the urinal……it sounds feminine!” 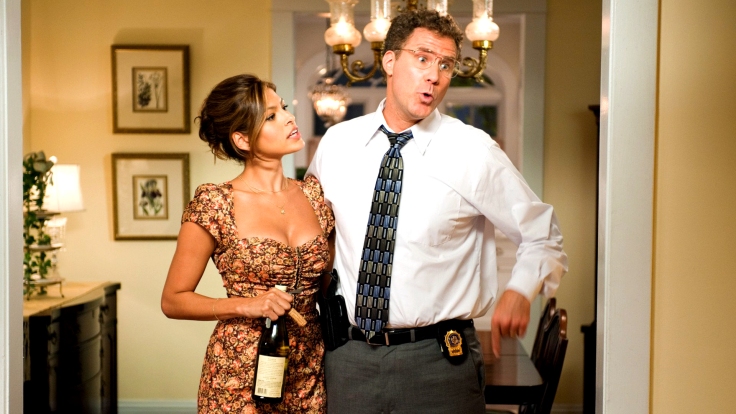 The supporting cast are also on form! Eva Mendes plays the role of Gamble’s surprisingly attractive wife, to the hilarious dismay of the jealous Hoitz. Not only is Gamble oblivious to the fact someone as uninteresting & dull as himself, has ended up with a stunning wife, but he also talks down to her constantly, making Marky Mark even more annoyed at the situation!

Micheal Keaton shines as the dreary precinct captain, having to hold down 2 jobs to make ends meet, his character is constantly dropping in TLC lyrics mid convo, to the amusement of the audience. The silent fight during the funeral is another gem of a scene, where out duo end up in a fist fight with a rival pair of cops, also aiming to take over as the other guys! The scene is just so stupid, but seems to work so well!! The cops even pause mid fight, as some grieving mourners walk past!

Steve Coogan features as the cowardly millionaire, who is clearly up to no good. The scene where he is consistently distracting our heroes with bribes is great, and eventually, no amount of free mineral water with cucumber can put our cops off the trial!!

The film simply has several moments that will stick to anyone who enjoys this movie. There’s the whole ‘GATOR!!!’ revelation, Gamble’s crazy hot Ex, the Toyota Pruis constantly getting roasted, the ‘desk-pop’ among other things!

The plot isn’t the most memorable or unique, cops who no one trusts or respects end up uncovering a hidden scam, end up the heroes. But it’s the presence of our two protagonists that make this such rollicking fun! 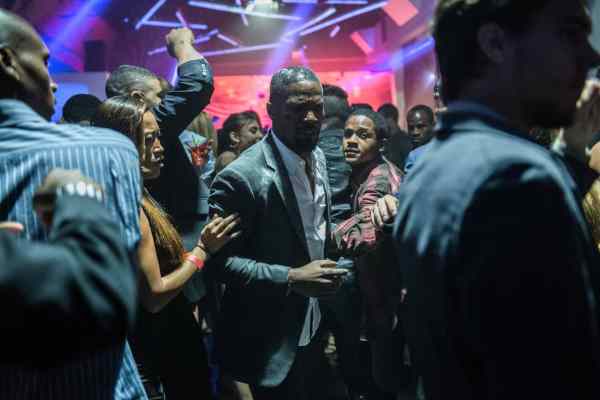 There’s been lull at the cinemas recently, with the behemoth that is Guardians dominating the box office, the releases around this time of year have been pretty low profile. One movie that has ducked under the radar is Sleepless, which is in fact a remake of the well acclaimed French movie Sleepless Night.

Sleepless sees our hero, Vincent Down (Jamie Foxx), working for the Las Vegas PD, working undercover to expose a drug cartel. After an operation goes wrong with his partner (T.I), Vincent ends up upsetting the wrong people, who in retaliation kidnap his son. The deal is simple, return their drugs, we return your son. But with Internal Affairs officer Bryant (Michelle Monaghan) on his case, not everything goes to plan!

Sleepless has not received the best of receptions critically, 22% & 33% are its scores on Rotten Tomatoes & Metacritic respectively. So expectations were not high going into this! It is fair to say though, while the movie may not be utterly dreadful, it is ridiculously dull. Considering the movie has corrupt cops, drug dealers, casinos and gangsters, it’s disappointing to see how tepid it ends up.

Foxx is by far the brightest light in the film, his role may be that of a generic undercover cop (his been undercover for 2 years you know!! He never stops mentioning it!) Who has to shun his family for the greater good, but he puts in a dedicated effort to bring some vigour to the movie. The film tries to put him at a disadvantage early on, with a stab wound, which was a great way to immobilize our protagonist.  But it’s so inconsistent; the wound never acts up when his in a confrontation, but always magically flares up when he is being pursued. Fighting viciously in the kitchen? That’s fine, running down the stairs, wound says no!

The film also does a slick job with the filming, the Las Vegas sky line offers the film several moments to capture the scenery, and it’s something Collateral did very well in, a film that Foxx also starred in! Director Baron bo Odar deserves credit in that regards, creating a visually vivid production.

But that’s pretty much all there is regarding the positives, the rest of the cast and plot is dire. Bryant, who is supposed to be the foil to Down, spends most of the movie annoyed or standing around clueless in the Casino foyer! Monaghan just spends the movie dreary eyed looking lost half the time! It’s hard to take her character seriously when she can’t even suspect her colleague, who is pretty much the ‘most obvious corrupt cop ever ® ’, for being involved. Working in I.A should give her some knack of noticing suspicious behaviour! Also, she just isn’t a very good officer, even one of the staff in the casino call her out on it. Rather that giving a description of who she is looking for, she just barges in yelling! Great police work there!

The action to say the least feels like a low budget version of John Wick or as mentioned before, The Equalizer. They even have a club scene, which Collateral & John Wick executed in a far stylish way. The son, whose hand gets crippled, runs around the place like it’s all fine. A young kid who had his hand pretty much mangled should be in severe agony, but I suppose he does hold it every now and again, to show it’s injured!

The finale gets pretty nonsensical, after the mother, who is a nurse, just happens to join in with the gun toting shoot-out, which seemed so horribly out of place and rather comedic.

Scoot McNairy, as Novak, is adequate as the crazed son of a drug lord, who will torture even his own family if the situation arose, but our formulaic drug dealing casino boss Stanley Rubino, is so clichéd, you don’t care at all about what happens to him. Neither villains really stand out, and not once, feel like a real threat to our hero. The plot of the movie is so straight forwards. Summed up in ‘Where are my drugs?!’, literally that is all that happens here.

Sleepless could have worked, if the villains were fleshed out more, and the cast was given more to work with. You’re only really bothered about Jamie Foxx, and his journey throughout the film, every time it cuts away to another character, the film drastically drops any momentum it has. It’s in no ways the worst film to come out this year, but it feels like a movie that could have been released straight to DVD or Netflix!