Following the break up with The Joker, Harley finds out that her life isn’t as cosy anymore, without the protection of the Clown Prince of Crime. With the devious Black Mask chasing her down, the Birds of Prey are forced to put aside their issues and work together.

Following a string of impressive DC releases, we have the latest incarnation of the legendary villain, The Joker. Can Phoenix match Ledger in bring the crown prince of crime to the big screen? 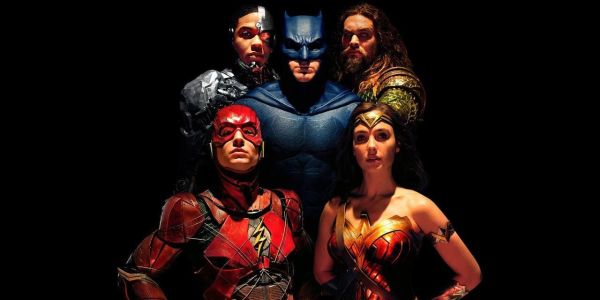 After all the anticipation, DC’s Justice League finally hits the big screen, with all the pressure of the entire DCEU on its broad shoulders, how does it preform? It is a roaring success like Wonder Woman, or more of the same, like Suicide Squad?

The Good – Wonder Woman & The Flash

Wonder Woman proved to be a monumental success in the Summer, and it’s no surprise that she is by far the most relevant & interesting member of the group. Her role in BvS was disappointing, considering the power that she wields, but here, Gal Gadot shines again as the beacon of hope. With everything she does, she could easily be the de facto leader of the team, and does put Batman in the shade.

Justice League also sees the introduction of The Flash, to the DCEU movie-verse. With Ezra Miller providing a large chunk of the films laughs and wit. Playing the social awkward Barry Allen, The Flash jumps at the opportunity to join a super team, and most of the memorable set pieces revolve around him. His reactions to most things are pretty much how the audience would react; a solo movie for him would be largely appreciated! His inability to make friends is slightly overplayed, which can be a mild irritation!

The Bad – The Appalling CGI

For a movie that reportedly cost near $300m, the CGI here is frankly inadequate. Cyborg, who is entirely CGI, bar a part of his face looks pretty laughable at times, looking like a character model from an old PS2 game! For a character who is a major player in the story, it’s a shame he looks like a joke at times!

Then there’s the curious case of Henry Cavill, and his now infamous mustache. Due to the re-shoots that took place, following the departure of Zack Snyder from the project, Cavill was recalled to film some of his scenes, the problem though; he was contractually obliged to grow a mustache, for his upcoming role in Mission Impossible 6. With Paramount studios unwilling to break their agreement with the actor, the team at JL ended up embarrassingly having to remove the ‘stache post production. Leaving Cavill looking comically bad at times!

The Good – The Insane Action

Among the various criticisms of BvS, the lack of action & intensity was a massive flaw. Considering the film was about two titans clashing it spent far more time dealing with the inner struggles of Superman, and the plans of an irritating Luther!  Justice League corrects that, and has far more action and fights, which is after all, what these huge movies should be about!  There is one confrontation in the middle of the film which is pretty amazing, and works well as a treat for comic fans.  There is also a spectacular sequence in Themyscira, where our villain Steppenwolf takes on a legion of Amazonian warriors, as he attempts to steal one of the motherboxes. As wave after wave of warriors try valiantly to slow down his charge.

The Bad – The Plot

This was expected, seeing as the film is essentially the work of 2 directors. Zack Snyder, who started the project, was eventually replaced by Joss Whedon, following a family tragedy. Whedon called in reshoots, after initial feedback from the movie was looking poor. Both directors have contrasting styles, with Whedon far more into the fan service and humour, as seen in Avengers Assemble. The plot revolves around our antagonist, Steppenwolf trying to gather 3 ‘Motherboxes’, which were spread across Earth, in order to take over the world, blah blah. It’s all very generic, offering nothing new or interesting. There are sporadic shifts in tone, the film will go from serious, to banter. You will have scenes such as Wonder Womans appearance in London, which went nowhere plot wise. Then you have illogical decisions, like our heroes just leaving the last Motherbox in the open, unguarded, Steppenwolf just sneaks in, and runs away with it! It’s all very abrupt. There’s also an aimless plot regarding a Russian family, which has next to no payoff!  The shift in tone is so inconsistent too, in BvS, Superman was portrayed as a threat to humans, but here, everyone cares about him and is mourning. Going off the previous film, it doesn’t really flow well.

This is probably where Joss Whedon made the biggest changes to the DCEU formula. It’s clear to see that he bought in some of the magic he used for Avengers Assemble. There is great chemistry between all the team members. The Flash & Cyborg are great together; Cyborg & WW have their moments. Aquaman prefers to be the lone wolf of the team, but he still has his lines to bring out the laughs. BvS and Man of Steel were far too dreary and grim, JL is far more enjoyable to watch, and essentially, so much more fun. The mid-credit scene is typical Whedon, and all fans will laud it up!

Firstly, Batman, who assembles this team, is by far the most redundant member of the team. This is a vital flaw, as in the comics, Batman, Superman & WW all have pretty much equal say in the JL. Batman’s lack of physical strength, is made up for, by the intelligence and logical thinking he brings to the squad. Here, Bruce Wayne constantly gets beat up, does nothing of any importance, and could really be left out altogether! His cerebral advantage is never shown here. He is all brawn, when they should focus on his ‘best detective in the world’ trait.

Aquaman, though portrayed amazingly by Jason Mamoa, also suffers a lot as a character. His back story is summed up very quickly, so that leaves things open for his solo outing.  But his contribution to the team is pretty small, bar some moments of fun. His prime weapon is his association with water. With the battle taking place on land, he is pretty much second fiddle. He is also reduced to comic relief at times, for The Flash, this works, but for the King of the Ocean, not so much.

Steppenwolf is a major disappointment, a copy & paste villain, who at the end, is dealt with far too easily. He pretty much suffers from the same flaws the effected Ultron in Age of Ultron. A very tepid villain.

Unless you’re a diehard DC fan, little was known about Cyborg, played by Ray Fisher.  As it turns up, Cyborg ends up playing a vital role in the movie, without him, their plans will fail. So it’s strange that he got next to no build up.  His origin story is a curious one, thought the film doesn’t go into much detail, barring the fact he was in an accident.  He also plays off well with The Flash, and his vital role in the team makes him far more interesting than Aquaman, and even Batman.

To sum it up, Justice League is nowhere near the epic levels of Marvels superhero ensemble, but it is a vast improvement on the likes of BvS & Suicide Squad.  While the action is top notch, it inconsistent and plodding story-line, and not fully utilizing all its cast, puts Justice League in the middle of average.