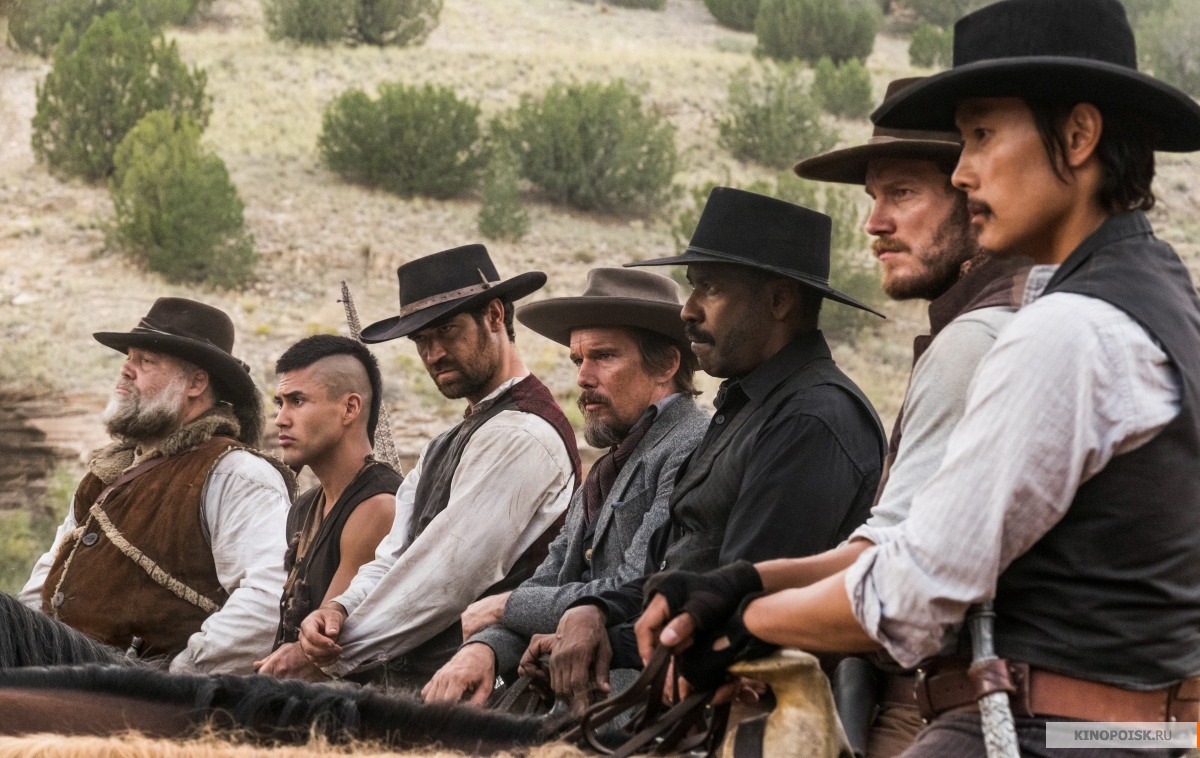 Last time Denzel Washington teamed up with director Antoine Fuqua, we were treated to the wonderfully thrilling ‘The Equalizer’ in 2014. Can they work that magic again in the remake of this 60s classic?

The story follows a group of gunslingers who take it upon themselves to protect a town from a corrupt businessmen. As with any ensemble film, its all down to the strength of the cast. The leader of the 7, is played by Washington. He is supported by a strong team, including Chris Pratt, Ethan Hawke, Vincent D’Onofrio & Byung-Hun Lee. The diversity of the 7 also makes a nice change, from American, Mexican to Korean!

The films strength is most definitely any of the numerous scene involving stand offs. As with any Western, you’re bound to get a few stand off between the good & bad guys, and this film does this extremely well. Bringing back shades of ‘The Equalizer’! The shoot out scenes are choreographed well, and the final stand off in the town is thoroughly enjoyable to watch! Peter Sarsgaard does a credible performance in making us look forward to his inevitable downfall! The villain is usually where most films can drop the ball, but it does a sound job is creating a hateful antagonist.

At more than 2 hours in run time, the film does tend to drag at times. The initial hour or so is pretty leisurely in setting things up, and some of the 7 are introduced in a swift manner. It would have been nicer to see more background to some of the 7, rather than scenes of travelling or small talk! The final showdown does seem to go on for a bit too long, you feel like some of it could have been cut from the final take.

I’ve not seen the original, so I can’t really make a direct comparison to it! The film delivers an action packed, raucous adventure. The cast worked together smoothly, and the gun fights rack up the excitement! The film doesn’t offer anything new, so don’t expect any dramatic story lines or shocking plot twists. With all that in mind, you’ll thoroughly enjoy the show!