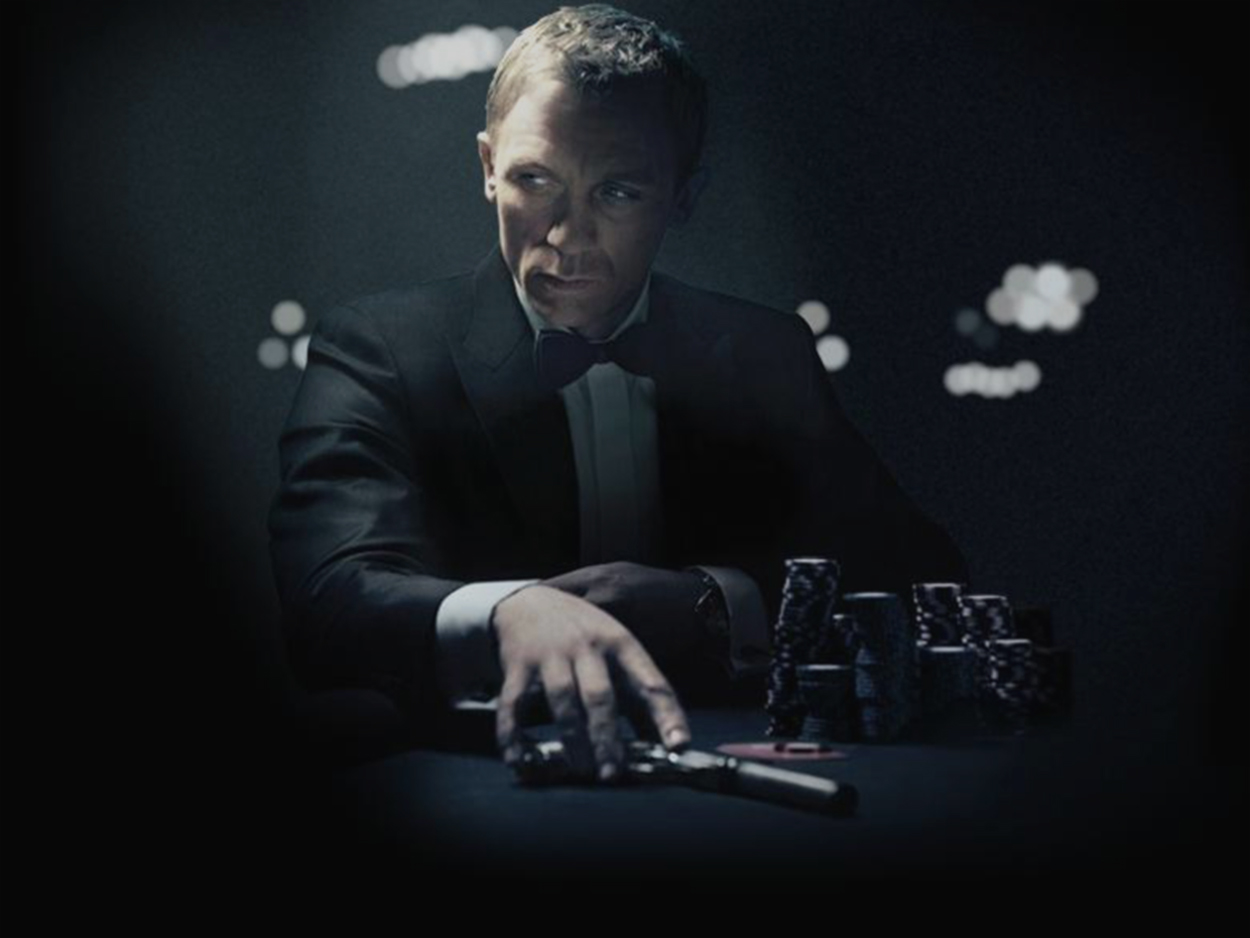 It’s been over a decade since its release, but Casino Royale still looks as slick today, as it did then, and it’s still by far one of my favorite movies. Skyfall may have performed better at the Box Office, but as a story, Casino Royale is far superior. It was also the first movie red carpet premier that I went to, so it also has some sentimental value for myself too! and yes, there are spoilers here!

Following the departure of Pierce Brosnan, and the lukewarm feedback from Die Another Day, the executives faced a difficult challenge, in not just replacing Brosnan, but also making the Bond franchise relevant again. More modern and realistic films like the Bourne trilogy were making Bond look stale. The studio took a huge gamble deciding upon Daniel Craig. Blue eyes, blonde hair, had some fans in shock, but the choice to mix it all up, resulted in the start of a new dawn for the 007 series.

Casino Royale was a breath of fresh air following the frankly ridiculous Die Another Day. The film took Bond back to his roots, as we see the super spy fresh from obtaining the infamous licence to kill, before he became the suave, womanising, multi-talented agent.  Le Chiffre (Mads Mikkelsen), the villain of the piece, is hosting a high stake poker match at Casino Royale; in order to recoup the money (that he took from terrorists!) he lost on the stock market. The play here is, if Bond manages to defeat him at the table, then Le Chiffre will have no other choice but to turn himself in to MI6 for protection.

The new Bond, as played by Craig, was the shot in the arm the franchise needed. Gone were the cheesy one liners and over the top action, this was now replaced by a more visceral Bond, one who isn’t scared to get his hands dirty. The opening parkour chase scene encapsulates this new gritty Bond. The man on the run, elegantly jumps and slides through gaps, whereas Bond simply decides to run through walls. It’s a brief moment, but it tells us a lot! The chase in the Airport and the Hotel hallway confrontation are also very dramatic, and gives the film a far more mature tone, largely thanks to the success of the Jason Bourne character. The one liners are still there, but there not as silly as they were. “Shaken or Stirred?”,”Does it look like I give a damn” was a great moment that showed us themore emotional, rugged Bond! Though you still have the odd old school Bond lines such as “That last hand…….it almost killed me!”, which helps the film still maintain some of its unique charm.

The showdown on the casino floor is by far one of the best examples of tension and suspense being executed to perfection. On paper, the focal point of the film being a cards game could have floundered horribly, especially with an action film such as Bond. What director Martin Campbell did incredibly well,  was to blend the tension of the cards with the intensity of action between it. Sure the poker game is high stakes,, with hundreds of millions on the line, but sometimes, it needs a hallway sword fight or having a heart-attack in your Aston Martin to keep things exciting! You know Bond will eventually win at the end of it all, but the story is told in such a way, it makes it look far more arduous than it could have been.

Aside from the cards, it’s the romance between Bond and Vesper Lynd (Eva Green) that gives the movie its emotional core. This is the first time that we see the Bond character truly infatuated with another women, and the initial exchange between the two on the train to Montenegro is sublime, this isn’t the usual Bond girl, who is simply there as the eye candy before Bond simply moves on. The betrayal by Eva in the final act is what pushes him away, to become the womanizer he eventually becomes. So the film is key in the character development of our hero in subsequent films.

That aside, the music is sublime, with David Arnold producing another memorable score, and the Bond theme, “You Know My Name” in my opinion is one of the best, and fits the film perfectly. The opening credits are one of the most creative credits to a Bond film, and still look great today.

Sure the final act of the film is a bit too long, it could have easily been trimmed down by a good 10-15 minutes, as the film does find it difficult to pick up the same level of suspense after the Poker is all done and dusted. Though other films have also struggled following a strong middle act, to close out the film. But that doesn’t take away from all the great aspects to the film, and to be honest, the film is almost worth it just to see that final poker showdown!!