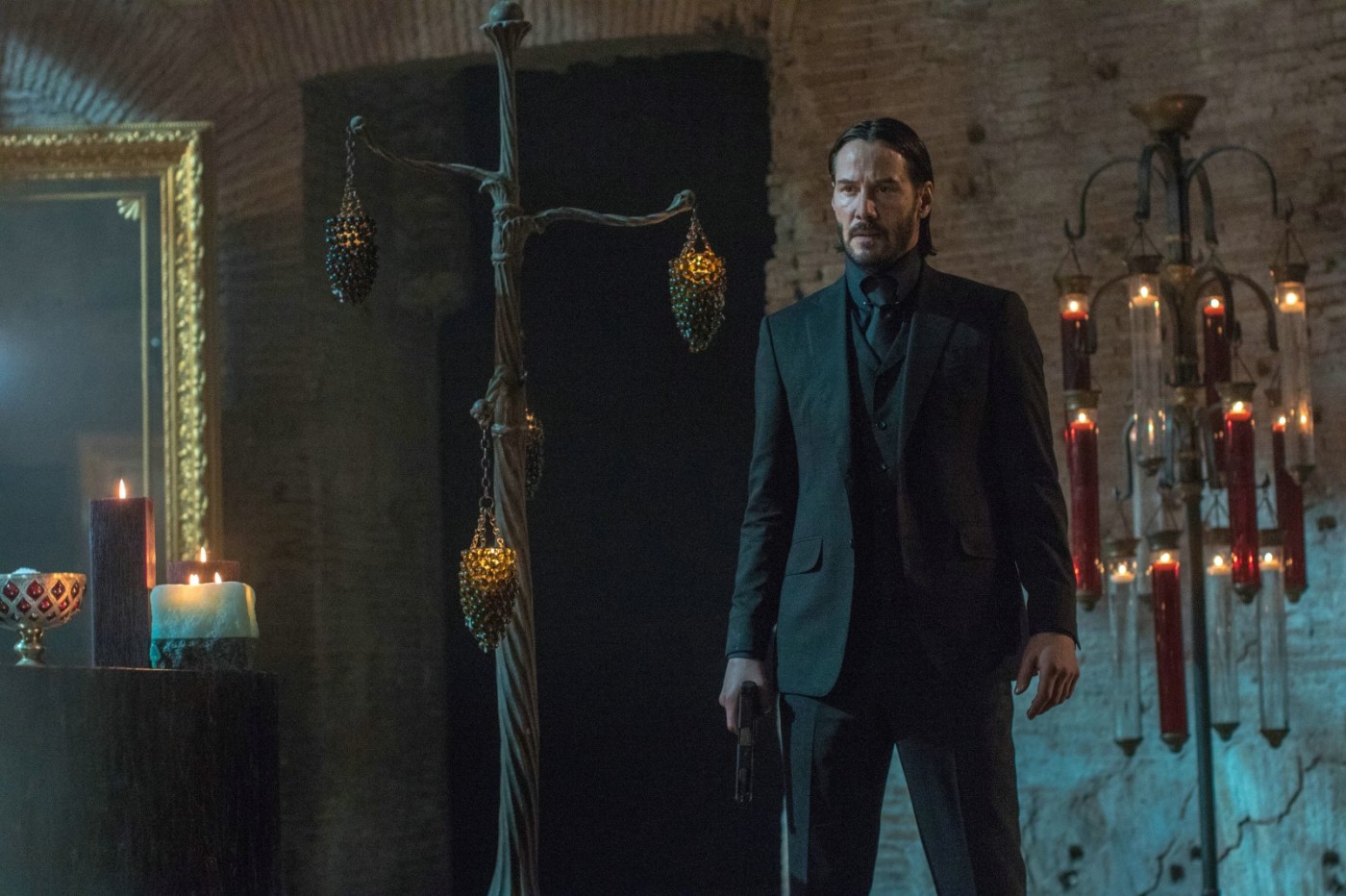 John Wick was one of the sleeper hits of 2014, it came out of nowhere to establish itself as one the greatest gun-fu films of recent times. Could the sequel match up to what the first one provided fans with? Simply put, yes, and now it’s got us craving the 3rd chapter as well!

John Wick: Chapter 2 picks up pretty much straight after the first movie. For those who are not in the know, John Wick followed our retired hit man, John Wick (Reeves) as he vows vengeance on a Russian gang, following the death of his dog (on paper, this really shouldn’t work as a plot, but it works superbly!)

With an increase in budget, from £20m in the original, to £40m here, the production team had far more in hand to play with. If anything went against the first film, was the tame finale, which was clearly a case of budget restrictions! The increase in finance can be seen in a far more polished film, more locations and with bigger names on the casting list!

After a manic opening set piece, the film rolls along slowly, the movie doesn’t fall into the trap on repeating the successful formula of the previous movie, something many films are guilty of! The film finds a new way to bring John back into the fray, as shady Italian mob boss Santino D’Antonio pays him a visit. John owes the D’Antonio one, after the mobster helped him get out of the game, and he is now back to cash in that favor! A favor, due to the rules of the system, he must complete. Once the film hits Rome, it all kicks off!! And boy does it deliver!!

Whereas the first installment had a rather simplistic story line (gang kills dog, man vows revenge, kills everyone!), this movie delves more into the world of John Wick, giving us a deeper look into the functioning of the Continental organisation. The rules that they go by, the currency that is used, the services they all provide. It’s a fascinating concept, and one help really helps the movie have more substance. The villains in the last film were largely forgettable, but here, both Common & Ruby Rose play far more of a challenge and the interactions between Common and Reeves are a joy to watch! They respect each other, but will happily kill each other if they have to! We also see the long awaited reunion of Reeves & Laurence Fishbourne; Morpheus has really let himself go!

You do need to have a sense of disbelief when watching this; it appears that these hit men are very much a well-known establishment. Even in public, people barely react to gun fights in the middle of a subway station! That John has a 100% headshot accuracy is just something you just accept. There are also several moments of humour that has the audience laughing out loud!

The action is where the film really shines; every gun fight is choreographed to the highest order. Not many films keep tally on details such as ammunition and reloading, this film makes it clear that no gun fires forever, John is always changing guns, and disarming dispatched foes! The sound effects are vivid, the gunshots sound like a real gun, and each shot fired has a resounding bang! Its details like these that make these scenes so much more visceral. Reeves went through intense training in firearms, and it pays off, and all the stunt work is kept in shot, so we can actually see the fights, rather than rapid editing to mask it all! (That pencil scene…….)

Is there anything to not like? Well if you weren’t a fan of the first film, then you will most certainly not like this! Also, the opening 1/3 is rather slow, and exposition heavy, and may not be to everyone’s liking.

Chapter 2 is far superior from the first film in almost every way. The plot is far more intriguing, the characters are more compelling, the action is far more brutal, and the body count is nonsensically high! Films have had a recent trend in sequel baiting at the end, even though the movie probably doesn’t deserve another shot (I’m looking at you Rings!). Here, the ending simply makes you want to know what will happen next. The film has already made as much at the box office in a week, than the original did in its theatrical release, so things look bright for another chapter!

One more thing, never ask John Wick for a pencil……….