Ip Man (2008) was the fantastically gritty drama that was based on the life of Yip Man, the legendary mentor of a little known action star, Bruce Lee! The film was well received for its wonderfully choreographed fights and the harsh depiction of life during the Japanese invasion of China. Donnie Yen, who was cast in the role as Ip Man, is now pretty much synonymous with the role!

Ip Man 3 (2015) is the latest chapter to the saga, following the sequel to the original in 2010, and looks to further add to the journey of Yip Man. This had a limited release over in the UK, so I managed to catch it on the big screen in the little time it was out!

The movie sees Yip Man as he moves into a less hectic role in life, away from all the Kung Fu and drama. He lives the quite life with his wife & child, while acting as a mentor and figure of responsibility to his community. This doesn’t last long, as his neighborhood starts to suffer badly from the acts of a brutal property developer Frank, who is working in cahoots with the local gangs to force the local people out. There’s also the small issue of a local rival, Cheung Tin-chi, attempting to usurp him as the best in Wing Chun, a problem he really could do without, but is forced to confront. 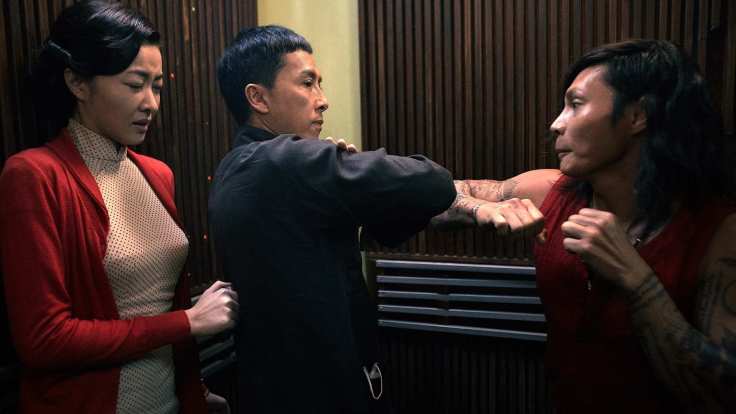 The main driving force behind the movie surprisingly is not to do with our evil property mogul (Mike Tyson!), or the rising upstart trying to move him out the scene, but his wife, who has been by his side since the first film. We are used to seeing Yip Man handle multiple thugs, soldiers, criminal lords etc. but this sees him deal with a totally different type of battle, one that really puts him through a challenge he can’t simply fight himself out off. It’s this that really makes the film stand out from what could have just been a run of the mill Kung Fu film. 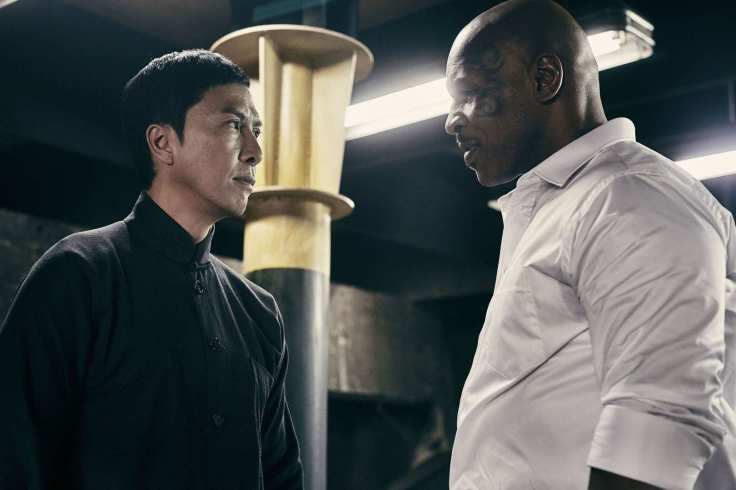 That said, the fight scenes are as always, exhilarating. Mike Tyson brings a level of fear, and the intimidation to the table, but his role is clear in the movie, minimum talking, show the power, leave. Sure Ip Man 2 had a Boxing v Wing Chun showdown, but this fight just feels so much more savage, and Tyson’s sheer size and brute force does all the things it has to here. You have the usual Ip Man v several faceless thugs scene which combines humour and action, but another highlight is the superbly choreographed elevator fight with the hired Muay Thai muscle. It’s not just himself he has to protect, but his wife as well, which gives the fight a different dynamic.

The film does struggle a tad to balance out the multiple plot lines that are being told, as there are 3 separate arcs, and at just over 100 minutes, it didn’t really have the time to resolve them all fully. The film didn’t require two antagonists,  it’s understandable why Tyson had little screen time, but maybe a cameo would have been better suited, as he is marketed as the main villain! 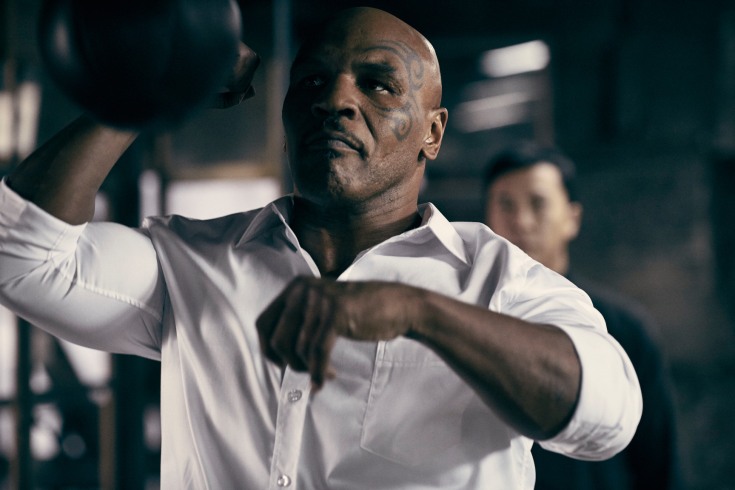 Ip Man 3 at times is a genuinely touching movie, and the scenes between Ip Man and his wife bring some sentiment not really seen since struggles of War in part 1. There’s also the usual verve and energy in the combat scenes you would expect in a film like this, and yes, you finally have an appearance from Bruce Lee! Most definitely worth a watch if you like your martial arts, as it is currently on Netflix UK!