Sure it’s based on a true story which sets some limits, but a change of pace here and there would have been much appreciated. 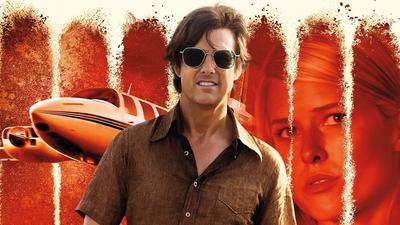 This is the story of Barry Seal (played by Tom Cruise), a tired TWA pilot recruited by CIA agent ‘Schafer’ (Domhnall Gleeson) to run reconnaissance flights in Central and South America. Over the course of the movie Seal evolves into gun runner, drug smuggler for the Medellin cartel, and informant for the DEA. Through all this Barry and his wife Lucy (Sarah Wright) raise a family and contribute to their community. As you can imagine, juggling so many jobs, things start to fall apart.

You’d hope that a film starring Tom Cruise and directed by Doug Liman (responsible for such action-packed flicks like The Bourne Identity, Mr. & Mrs. Smith, Jumper, Fair Game, and Edge of Tomorrow) would have some excitement and good action. Especially if that movie is about a guy simultaneously working for the CIA, DEA and Escobar. Unfortunately, in my opinion, there was a lot lacking in terms of pace, excitement and much emotion of any kind. I left the cinema not really filming anything, but not quite feeling like it had been a waste of time. 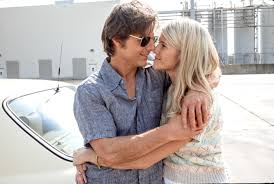 The story is an interesting one and the actors play the characters well, there’s even a few decent laughs thrown in; but the film itself had no dynamics, it seemed to sit at the same level throughout. I can’t fault the actors for their portrayal, they were smart and most importantly believable; especially Sarah Wright as the wife, she was often skeptical of her husbands behaviour and was pretty vocal about it until he told her the truth.

More than likely it’s the script that has no flavour and lacks the changes in pace to make this film a little more intriguing. Unfortunately, in this case the story of Barry Seal has been narrated, but not really told.

Still better than The Mummy though….