Adaptations and reboots of Stephen King’s work are popular right now, what with The Dark Tower, It, and Gerald’s Game recently released and with many others in development. Plus, with it being Halloween it only makes sense to revisit one of the frequently listed scariest movies of all time.

Look up any “Scariest Movies of All Time” list and you can bet that The Shining will be floating near the top, along with many adaptations from Stephen King. Combine “the master of horror” with Kubrick’s genius, it’s really no surprise this film has such a cult following; and after seeing it for the first time just a few days ago, it did not disappoint.

Before the film, we watched  “Work and Play: a short film about The Shining (2017)” directed by Matt Wells for Park Circus. This documentary investigates the creative process and incredible efforts behind this unique movie; intense research into the horror genre, the innovative use of the newly developed “Steadicam”, and a look into the personal musings of Kubrick and his views on film-making.

Featured in the documentary are: Lisa and Louise Burns (The Grady Twins), Garrett Brown (inventor and operator of the Steadicam), Diane Johnson (co-screenwriter on The Shining), Katharina Kubrick (Stanley Kubrick’s daughter) and Jan Harlan (Kubrick’s producing partner and brother-in-law).

If you want to watch something with tension and suspense on Halloween, then The Shining is for you. The music is really stand out for me, combining rapid high pitched strings with slow and deep brass makes you believe something terrifying is about to happen. The long Steadicam shots of corridors, the set and environment make it seem that something may jump out. The music and camera shots were eerie and surprisingly good at building suspense; I could feel myself tensing up and even jumping a little at the changes in instrumentation.

Of course, I cannot overlook the incredible acting of Jack Nicholson. His long, dead-eyed shots, creepy mannerisms, and seriously animated eyebrows, portrayed complete insanity with little to no motive or justification required. And he’s not the only one, many of the characters you meet throughout the movie are played in a seriously creepy manner.

If like me you haven’t seen this film before, the short version is Jack Nicholson plays “Jack Torrance” who gets a job as caretaker at The Overlook Hotel  over the winter months during closed season. He brings his wife Wendy (Shelley Duvall) and his son Danny (Danny Lloyd) but the isolation, and something in the hotel’s past, makes Jack lose his mind and turn on his family. 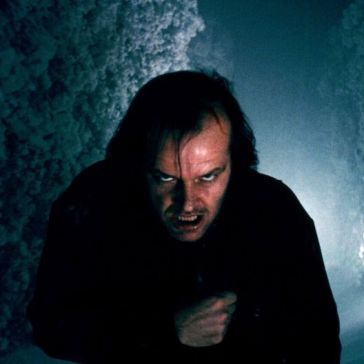 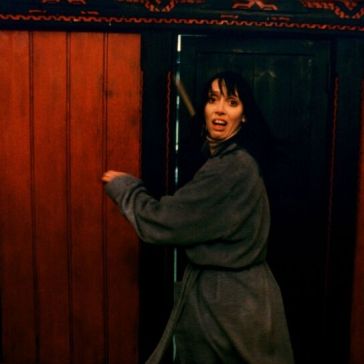 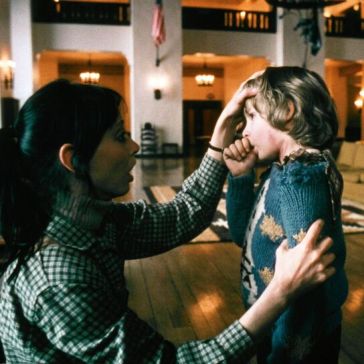 Nicholson is great at being terrifying and Lloyd is good at being terrified, but I was not completely convinced by Duvall. A few things she does seem quite smart and resourceful in a pretty hopeless situation; however, her tone seemed forced and vacant, and she seemed to have little control over her limbs as she ran aimlessly around the hotel. Also, Nicholson gets a lot of praise for this film but I also think Lloyd was very good! He’s a very young boy but plays this part with maturity and intelligence.

Ignoring what I thought of Duvall’s portrayal, which I can probably attribute to the age of the film, this is a great scary movie that will really mess with your mind and the accompanied short is very interesting. I  would highly recommend re-visiting this film this Halloween if you can, and be sure to get there in time for the short! And remember….All Work and No Play Makes Jack a Dull Boy!

The Shining is in cinemas across the UK on 31 October 2017 accompanied by short film “Work and Play: A Short Film about The Shining” (Director Matt Wells).