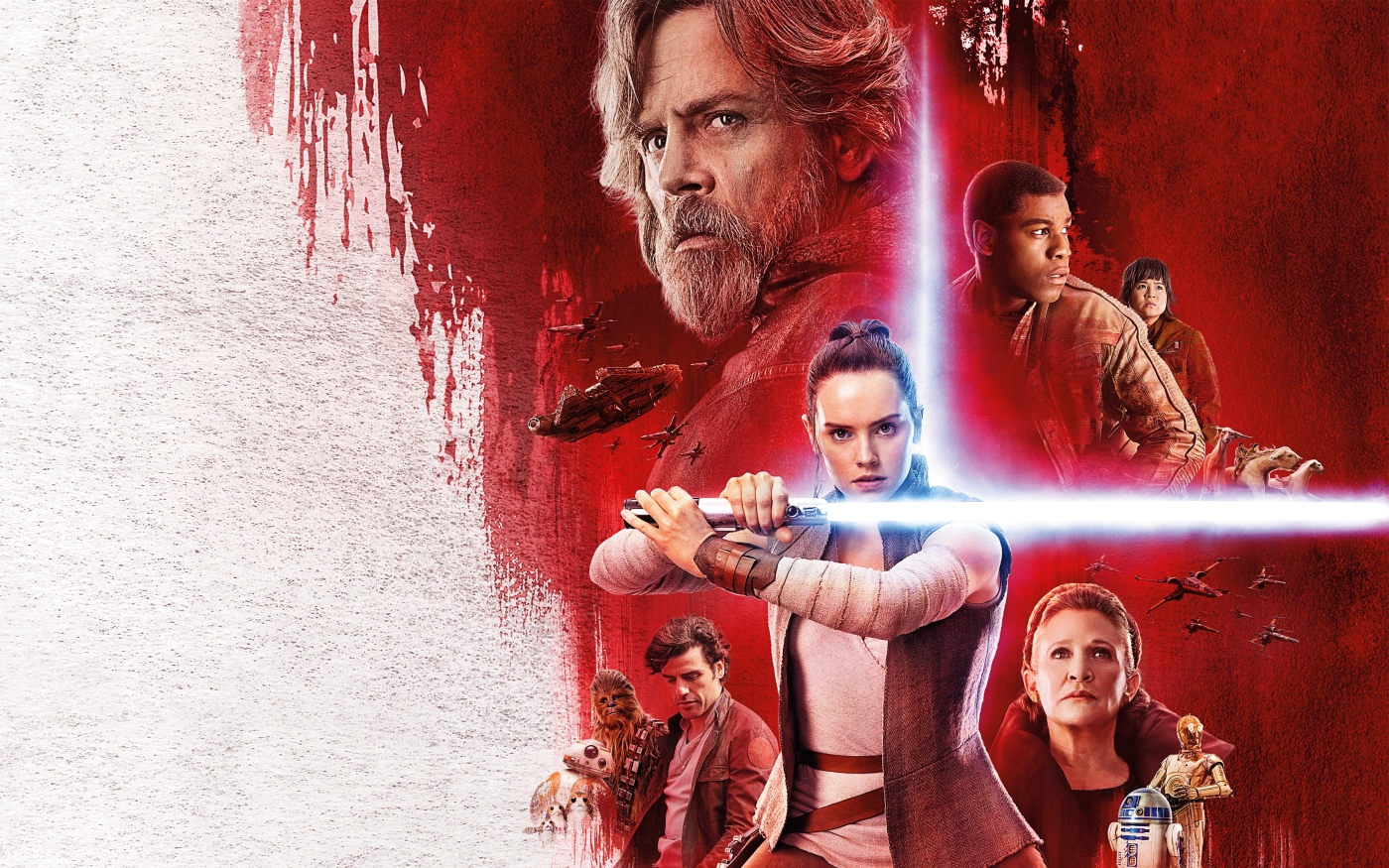 The Force Awakens was a nostalgic action packed throwback, that helped the franchise get back on track, following the thoroughly underwhelming Prequel trilogy from the Early 00’s. Since then, we’ve also had the well acclaimed spin-off, Rogue One. So expectations were sky high for the latest instalment in the saga, Episode VIII, The Last Jedi.

One of the biggest criticism of TFA was the fact it stuck pretty close to its guns, and essentially, it was a rehash of the story from A New Hope, with a fresh coat of paint. In all fairness, it was a safety first approach,  but it payed off, but with the sequel, the studio would have to be brave and shake things up.  To keep this spoiler free, this review will be pretty concise!

TLJ carries on straight after the end of TFA, as Rey (Daisy Ridley) tracks down the reclusive Luke Skywalker (Mark Hamill). In search for the guidance she requires to help the resistance fight off the imminent threat of the First Order, led by Supreme Leader Snoke (Andy Serkis), and a bemused Kylo Ren (Adam Driver), having suffered a shock defeat at the hands of Rey last time around.

What TLJ does right, it does supremely well.  The space battles as always are stunning to watch, the opening scenes of the resistance taking down a dreadnought,  not only shows us the underdog nature of this war, but also the morbid consequences that follow even after the battle has been won. The final act, that takes place on the salt plains of Crait is a visual treat. Star Wars is a franchise that rarely uses blood, so the red marks left on the surface of the plains makes it a great method to show the brutality of the situation without resorting to the red stuff!

The dynamic between Rey & Kylo is intriguing throughout the film, both of our characters are conflicted in their own ways,  and seeing them try to understand each others motivations adds a new layer to a story trying to play it different.  Luke is also another highlight of the show, Mark Hamill has always been the one who engages the most with his fans regarding Star Wars, even to this day he still loves the fact he is Luke Skywalker! The battle scenes are as strong as ever, though the light-saber action is a bit on the downside here, the show down in Snoke’s throne room is wonderfully choreographed and shot. There is also a surprising cameo from a well loved character from Star Wars past, which will have the fans smiling.

This movie has been controversial to say the least,  with fans having a far more scathing assessment than the largely positive critic reviews. To be honest, there are several flaws that really do effect the enjoyment of the movie. To avoid any big spoilers, these will be listed in a vague way, to avoid revealing too much of the story! The whole Finn & Rose arch feels very unnecessary, a way to simply pad out the already bloated run time. Finn is also reduced to very much a side character,  which is a shame, considering how charismatic John Boyega is.  There are several plot points from TFA that just seem to disappear,  Rian Johnson, taking over from J J Abrams, seems to have struggled to weave the two movies together seamlessly. There are also decisions made by the some characters that really make no sense,  seemingly only done to create another plot narrative, such as Vice Admiral Holdo (Laura Dern), whose peculiar decision making serves no real purpose apart from creating tension.

Overall, I found TLJ a bit disappointing, The usual Star Wars shine is there, with its outlandish characters, charm and familiarity.  TFA may have been some more of the same, but it still provided the audience with enjoyment, and a tidy plot.  TLJ is unfortunately riddled with plot holes, character motivations and frankly some bizarre scenes (to be discussed in the spoiler review!).