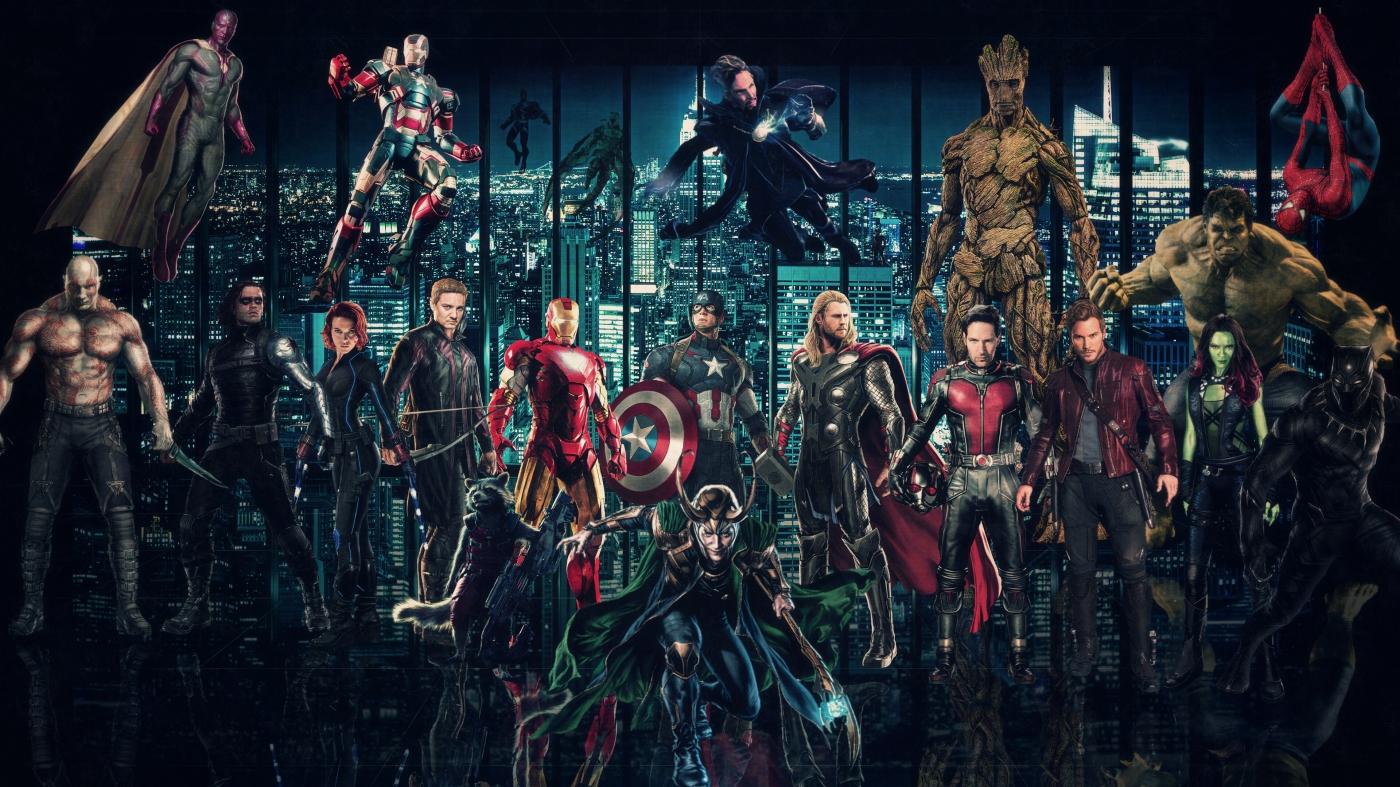 With the release of Doctor Strange this week, the latest chapter to the Marvel Cinematic Universe (MCU). This would be an opportune time to look back on our favorite films from the ever growing franchise, so here are our Top 5 MCU films! So in reverse order……. 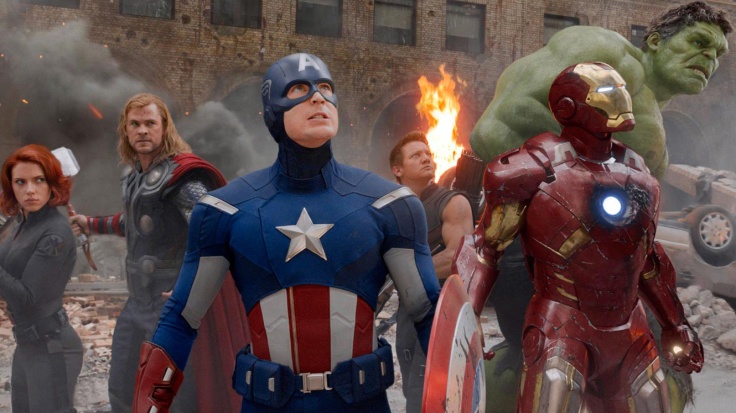 This is what the entire MCU was geared towards. The initial idea of bringing several superheroes together from a range of films into one single movie was a mighty ambitious plan. Phase 1 of 3 was to end with all 5 prior films being capped off by the ensemble blockbuster, ‘’Avengers Assemble’’. It may have taken over 4 years to pull it off, but Director Joss Whedon managed combine everything into one of the biggest summer films of all time! The plot may have been a bit complicated for the casual viewer, but the chemistry between the heroes, the excellent cast and of course, Loki, who is still by far the most intriguing villain in the entire series, makes AA a joy. ‘The Incredible Hulk’ was the 2nd film of the MCU, but most certainly one of the least well known. The Hulk character has had a rough time on the silver screen, but it all changed here! Due to contract disputes, Edward Norton who played the rage monster in TIH was replace by Mark Ruffalo. This was an inspired move, not only was The Hulk one of the best characters in the film, but suddenly his stock has risen massively! The movie blended in action & humour perfectly, and who in the cinema didn’t love the moment when all the heroes finally got together in the final showdown?!

4.Guardians of the Galaxy

Let’s be honest, no one saw this film blowing up as it did! Marvel decided to bring one of their lesser known heroes to the big screen. Everyone is aware of Ironman, Captain America & Thor, but Peter Quill, Rocket Racoon and Drax? It would be a lot more difficult selling that to the audience! What we got though was a wonderfully enjoyable film, which you could dub as ‘Avengers in Space’! Chris Pratt was the perfect choice for our lead, and he is supported by the likes of Bradley Cooper and Zoe Saldana, to deliver probably the funniest film in the entire MCU. The film even makes a cheeky reference to the fact no one knows who Peter Quill AKA Starlord is! The movie hit a nostalgic point for many fans, with its throwback to the 80s, which gave the film a warming edge, and a great marketing angle! The spin on this film, is that none of them are ‘heroes’ at the start. Starlord is a hoarder, Gamora works for the villain, Rocket & Groot are bounty hunters, and Drax is in prison. So it’s great to see these group of misfits eventually get their act together and work as a cohesive team.The movie never takes itself to seriously, which is what makes it so charming. Sure the villain is shockingly generic, joining the likes of Malekith from The Dark World, but you can forgive that aspect due to the rest of the film. Also, who could have foreseen the duo of a talking racoon & a tree being such a big hit! ‘’I AM GROOT……’’

When this was released way back in 2008, there was huge pressure on this film to succeed. Comic book adaptations were not as massive as they are now, when Ironman was released. If Ironman failed to captivate the audience, and show that there is a market for comic book movies, the entire MCU would never become what it is now. So Jon Favreau deserves monumental praise for creating such a delightful movie. Back in 2008, Ironman wasn’t as mainstream as other huge superheroes like Superman, Batman or Spiderman, so it was a gamble to kick things off with the adventures of Tony Stark. It was also a punt casting Robert Downey Jr. as the protagonist, an actor who was slowly recovering from a tough phase in his life, but his performance in Tropic Thunder earlier that year gave us an insight to what he could bring to the table. But it all paid off, RDJ is now so synonymous as Tony Stark, it’s hard to see another actor play the role. The film had an excellent blend of comic lore, humour and cool. The film has provided many iconic moments, such as the escape from prison and tank battle scenes. Not to forget, the soundtrack to the movie was on point, the rock music perfectly encapsulating what Ironman was. 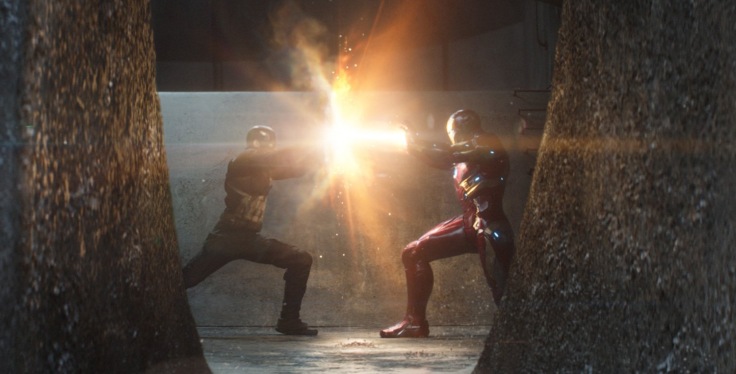 The most recent film, and in the grand scheme of things, the biggest movie so far. If it was difficult enough to fit in 5 or 6 heroes in the Avengers, the numbers reached double figures here! So the biggest hurdle facing this film is how do you exactly fit in so many characters, and at the same time, give them all time to shine? Well the Russo Bros managed it. Delivering not only a huge action bonanza, but at the same time, exploring the deep emotional conflicts between our two protagonists. This may look like Avengers 2.5, but it’s most certainly a Captain America film. The film also does a wonderful job in introducing 2 more characters into our ever growing clan! Both Spiderman & Black Panther were a success with the fans, and now the hype for their solo films has built up even more! The film is trademark Marvel, the light hearted banter combined with stunning action set pieces. The film is simply fun! You can have your deep plot lines, the intense character development, but sometimes, you just want to simply enjoy a film, and this is one of those! The Airport scene is probably one of the greatest action scenes of all time, its that good!

The first Captain America film wasn’t exactly a massive success, the film wasn’t remotely memorable, nor did it make Steve Rodgers look interesting. It’s no surprise that it sits 12th in the list of Marvel films in terms of box office takings. It’s been outperformed by more low profile releases such as Antman. That all changed with the sequel. The Winter Soldier was everything the first film wasn’t. The action was simply outstanding, the story line was less cheesy and more intense, and Cap’ was simply brutal! Every fight scene was vicious. You could really see how powerful he is. The film also introduced The Winter Soldier, the best villain since Loki. Not only did he match Cap’ in terms of power, but he had him beat on the emotional side of the conflict. The movie has a more spy/espionage feel to it, not the usual Marvel plot, the story-line of TWS has a huge impact of the rest of the MCU. There are several moments that stand out for me here, the elevator scene, the escape from Shield, the boat infiltration, the highway chase with Nick Fury, I could go on!! I would say that the film was so great, the character of Captain America, suddenly rose from one of the least popular member of the Avengers, to probably every ones new favorite!