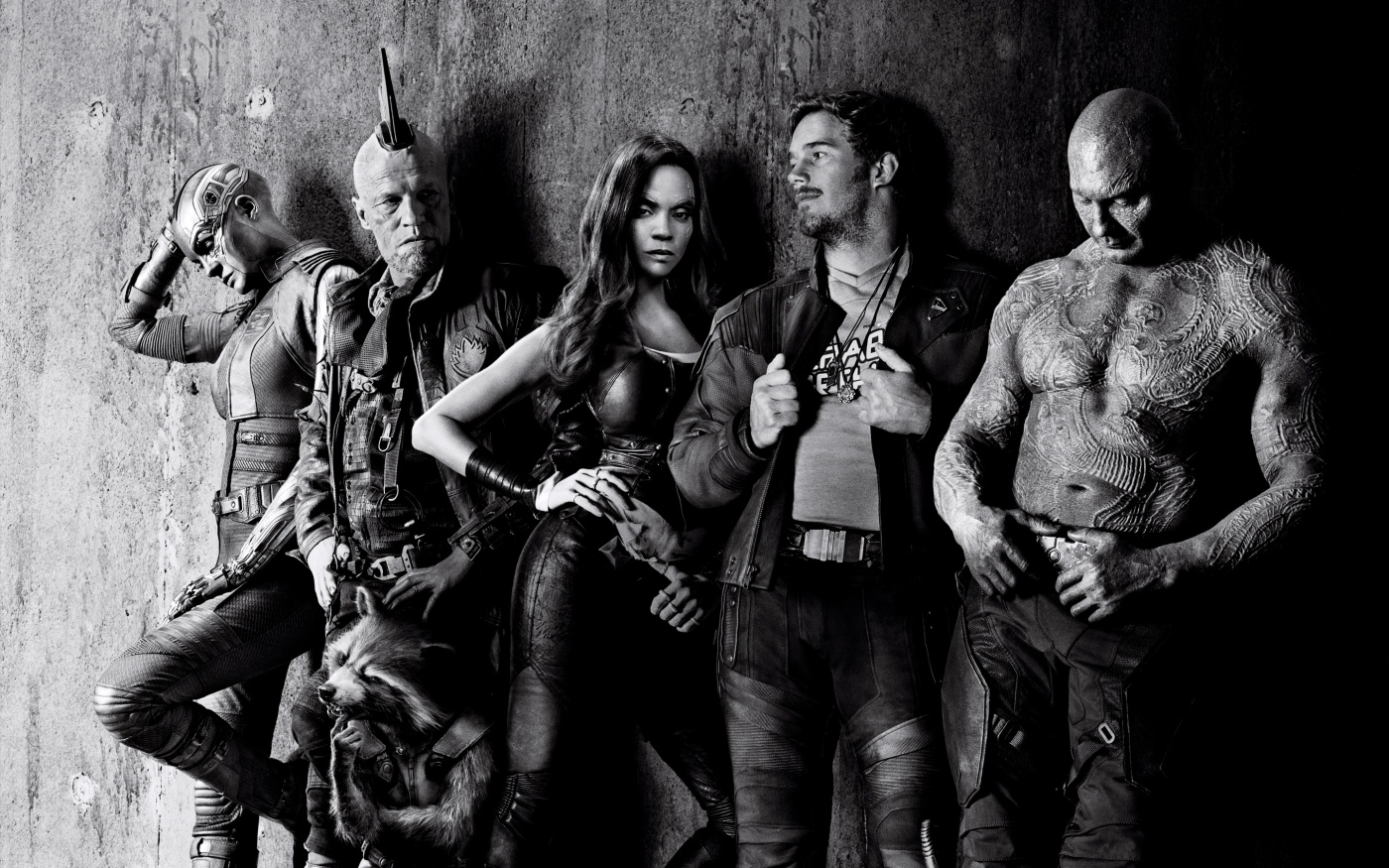 Back in 2014, when Guardians of the Galaxy dropped into cinemas, there was little expectation and much skepticism. Compared to established heroes like Ironman, Thor and Captain America,  GOTG was a very niche franchise. With a small fan base, and Chris Pratt, who up until then, was mostly known for his comedic shenanigans in the sit-com Parks & Recs, taking the lead role in a Hollywood blockbuster. The film was a huge risk, were Marvel getting too arrogant? Well they proved the doubters wrong, GOTG proved to be a resounding success, the film brought a new level of humour and fun not seen in previous MCU entries, and it stands 5th in the list of box office takings for all Marvel releases. Can the sequel, titled GOTG :Volume 2 match the magic and charm that the original encapsulated so well?

Volume 2, takes place soon after our heroes first adventure, as we re-join the antics of Peter Quill AKA Starlord (Chris Pratt), the feisty Gamara (Zoe Saldana), the wise cracking Rocket (Bradley Cooper), deadpan Drax the Destroyer (Dave Bautista) and the adorable Baby Groot (Vin Diesel)! With their new found fame, the team are offered more high profile missions & with increasing rewards, but after being caught attempting to hustle one of their clients, the team end up on the run, only to be saved by a mysterious man, named Ego (Kurt Russell) who claims to be the long lost father of Quill, and help him fulfill his true potential.

Where the first movie excelled in was the chemistry between the members of our ragtag team, and it’s great to say that the same level of cohesion remains with our squad. If anything, the jokes and quips are even better than the first, and the film definitely has more laughs (Trash Panda!) than the first movie! The bickering between Quill & Rocket is constantly dropping zingers, and the writers have used the traits of Drax in order to write in several well placed jokes!

The introduction of Baby Groot was a wonderful addiction,  not only is he an adorable member of the group, Baby Groot also has several moments where he is involved in key parts of the story, he’s not only there for selling merchandise!

In my opinion, the most enjoyable aspect of Volume 2 is the development of the bonds between certain characters; there are several relationships that are strengthened over the course of their adventure. You have the central arc of Peter reacquainting himself with his father, Ego. But there are several characters who get a lot more depth to their persona. The aggressive vendetta that Nebula (Karen Gilan)  has with her sister, Gamora is given some more time, and Nebula comes across somewhat sympathetic, with the audience having a reason to see why she is so spiteful.

Yondu (Micheal Rooker), also returns, but now is a disgraced member of the Ravagers, after he is exiled. He and Rocket share plenty of screen time together,  and create a great camaraderie with each other, in turn, they learn that they may not be so different after all. Yondu has the most development here, and his progression as a character is really padded out,  he is probably the stand out character in the flick!

Unfortunately, the movie, when compared to Volume 1, is not anywhere near as great. The story-line regarding Peter & Ego does seem to go on for a bit too long. It is pretty predictable where it will all end up, as the signs are seen pretty early on. Although the story line does wrap up Peter’s origin. It still feels pretty underwhelming to say the least. The majority of the movie takes place on Ego’s planet, where a bit of space travel would have been more interesting to see.

The secondary villain, Ayesha (Elizabeth Debicki) the snobby leader of the people of Sovereign, a race of beings with a huge superiority complex. First appears to be a real threat. But she disappears for most of the movie, only to show up again near the finale. It’s a shame we didn’t see more of her and her people, as their disdainful nature was good fun to watch!

Drax is also left on the sidelines , his sheer strength is never fully utilised. He is probably the best when it comes to the one liners, but regarding the action, he rarely has any scenes, apart from the opening credits. Drax is a mountain of muscle, but he spends most of the movie in conversation with Ego’s assistant, Mantis.

Volume 2 may not be as strong as Volume 1, and it does have a few flaws to contend with. But it’s another solid entry into the ever-expanding MCU. The film does go a lot more into our characters and their pasts, which give the movie an emotional attachment. It’s also just as hilarious as the original, which fans will savior! Oh, and make sure to hang back for FOUR post credit scenes! Their spoiling us now…..