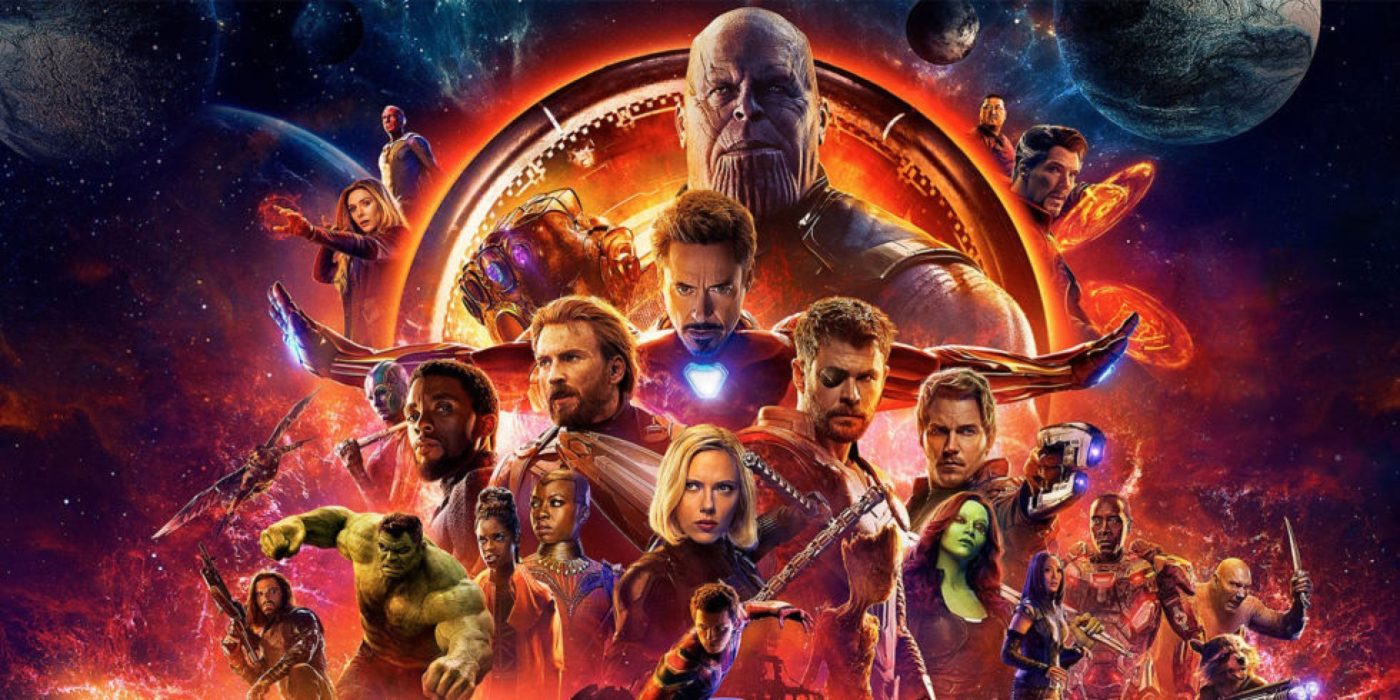 After 10 years of anticipation and endless movies, the big one is finally here,  with so much to talk about, we’ve broken down our *(Spoiler -Free!) review into the key points, enjoy 🙂 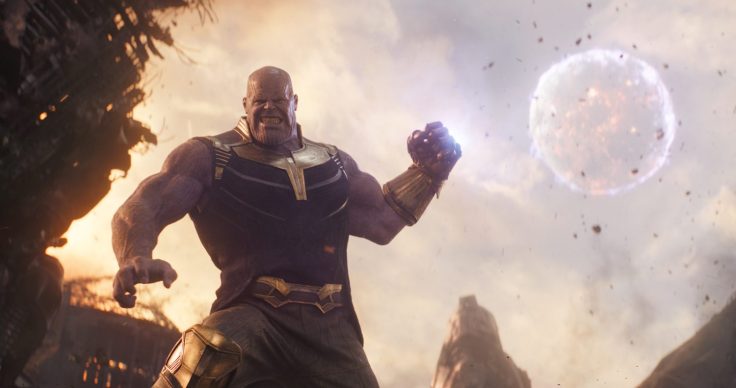 The MCU has had a horrid track record for villains, barring Loki, the string of antagonists in several movies such as GotG, all 3 Ironman movies, Thor: The Dark World, all suffered from being a lousy foil. Though as of late, things have started to look far better. The Vulture (Spiderman Homecoming) and especially Killmonger (Black Panther) were great bad guys. Thanos has had very little screen time, apart from a few minutes now and again, or an end credit scene. But here, Thanos not only possesses the power to destroy pretty much any one of our heroes at will, he also has a clear plan in his head. As crazy as he may be, he believes what he is doing is for the greater good, and not just doing it for the cliche world combination etc. This is very much a Thanos movie, and Josh Brolin does an immense job bring such gravitas to a CGI villain! He also throws a moon as a weapon…….. 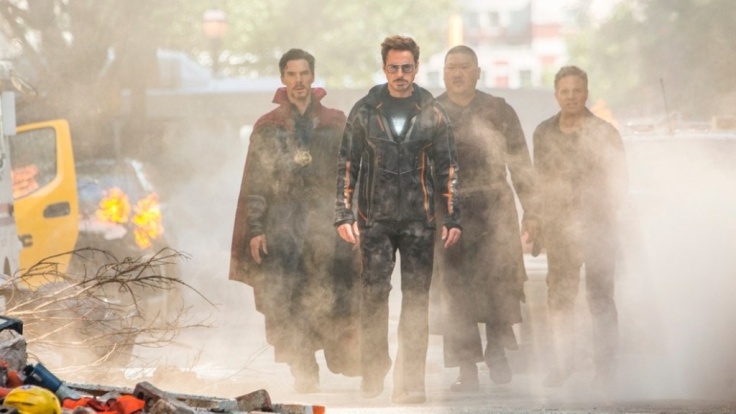 It’s what fans have been waiting for, how awesome it would be to finally see all their favourite heroes from across all the movies finally getting together. The results, are as hilarious as you would expect, from a franchise that delivers fantastic humour. Ironman & Doctor Strange, both sarcastic, and confident of themselves, deliver excellent wit, as they constantly exchange one liners.  Thor meeting the Guardians of the Galaxy, comedy gold! Rocket & Thor have a surprisingly endearing relationship, which you would not have guessed at the start. All out heroes get their moment to shine, but Drax, Mantis & Banner offer the best when it comes to the comic relief.  There are so many memorable lines from various characters, that they will be quoted for a long time! 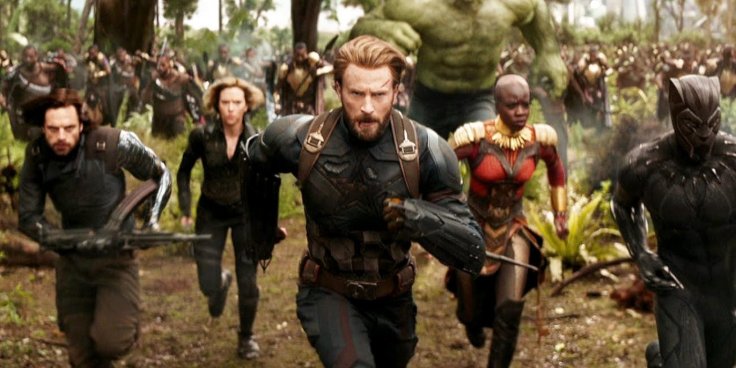 Without spoiling too much, the action delivers. Considering the sheer number of participants, it could have got very shambolic. The stand out scenes include the showdown on Titan, the surprise late night train station entrance to make the save, and the obvious Wakada battle Basically, anytime the now legendary Avengers music kicks in!  As immense as the Wakada war is, it does get a bit too much at times, with the sheer number of disposable alien fodder being used to overwhelm the heroes. 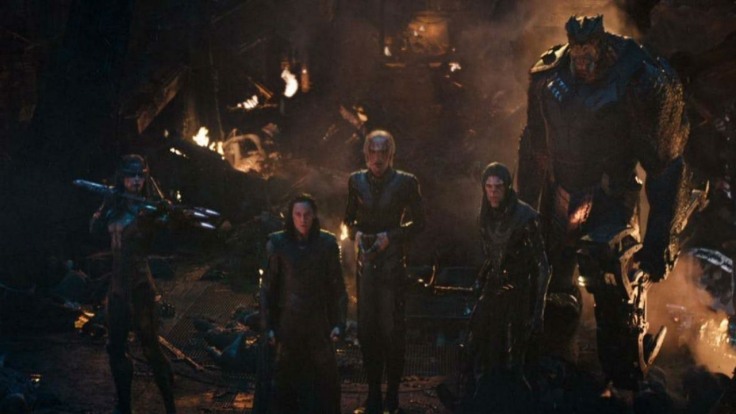 Or the ‘Children of Thanos’, as they are also called, are the henchmen that support the Mad Titan on his quest. They are supposed to act as some sort of viable opponents to the Avengers, as they work in the shadows to help Thanos gather all the stones.  But unfortunately, we don’t really know much of them, and barely even bother to remember all their names (Proxima Midnight sounds cool, but like, that’s about it).  Ebony Maw, out evil sorcerer is actually one of the more interesting of the clan, as worthy rival to Doctor Strange, but the rest? Thoroughly underused, and utterly forgettable. 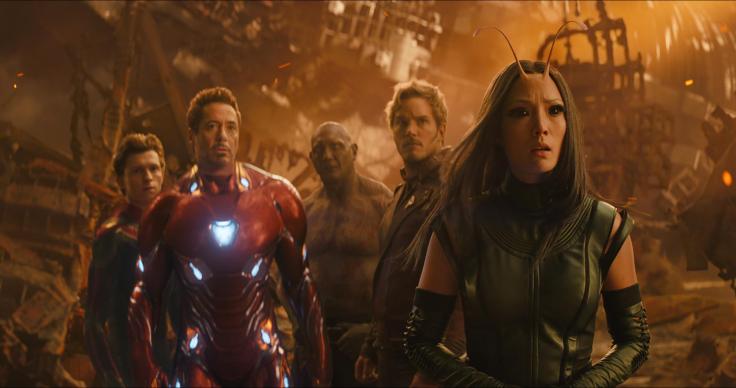 Essentially we have 4 story arcs that are woven together overly this huge run time. Credit has to go to the Russo Brothers for together such an epic tale. You have the ‘Space’ team out on the home planet of Thanos, Titan.  The ‘Wakanda’ team, who hold the battle lines down on Earth. Thanos himself has an intriguing storyline as we follow his journey, and finally Thor head out into the depths of Space, for his own agenda.  It is a lot, but that’s to be expected, it’s also a great way to isolate the gigantic cast into smaller teams, rather than throwing all 40+ cast members onto the screen.  Though this also means some characters don’t have as much screen time as you would think, Captain America is no way near as prominent as you would think here. But the story does deliver, and sure packs a lot of emotional hits. As the plots slowly start to merge towards the end, it all pays off, speaking of…..

Well……..didn’t see that coming. And I’ll leave it at just that!

Overall, Infinity War is a tribute to the legacy of the MCU, after 10 years and 18 movies. This is a film that fans will adore, the plus 2hr runtime will breeze by, as you are caught up in all the drama. But the film isn’t for everyone, casual fans may still be able to enjoy it, but it will for sure drag on.